Upon completion several of them were awarded the coveted “Iron Guard” achievement which is earned through physical competition, attendance and testing knowledge of lectures throughout the 4 weeks.

On top of that, a few of them also  earned awards directly from their instructors based on character, hard work and determination.

Lastly, on 7/22 two of them had qualified to compete in the regional Jr Guard competition that competed against several different agencies up and down the CA coast and did very well.

We are so very proud of these girls for their hard work both on and off the field and beach!

Congratulations to Stella, Kenzie, Venice, Vanessa and Sophie for their achievements this past weekend! 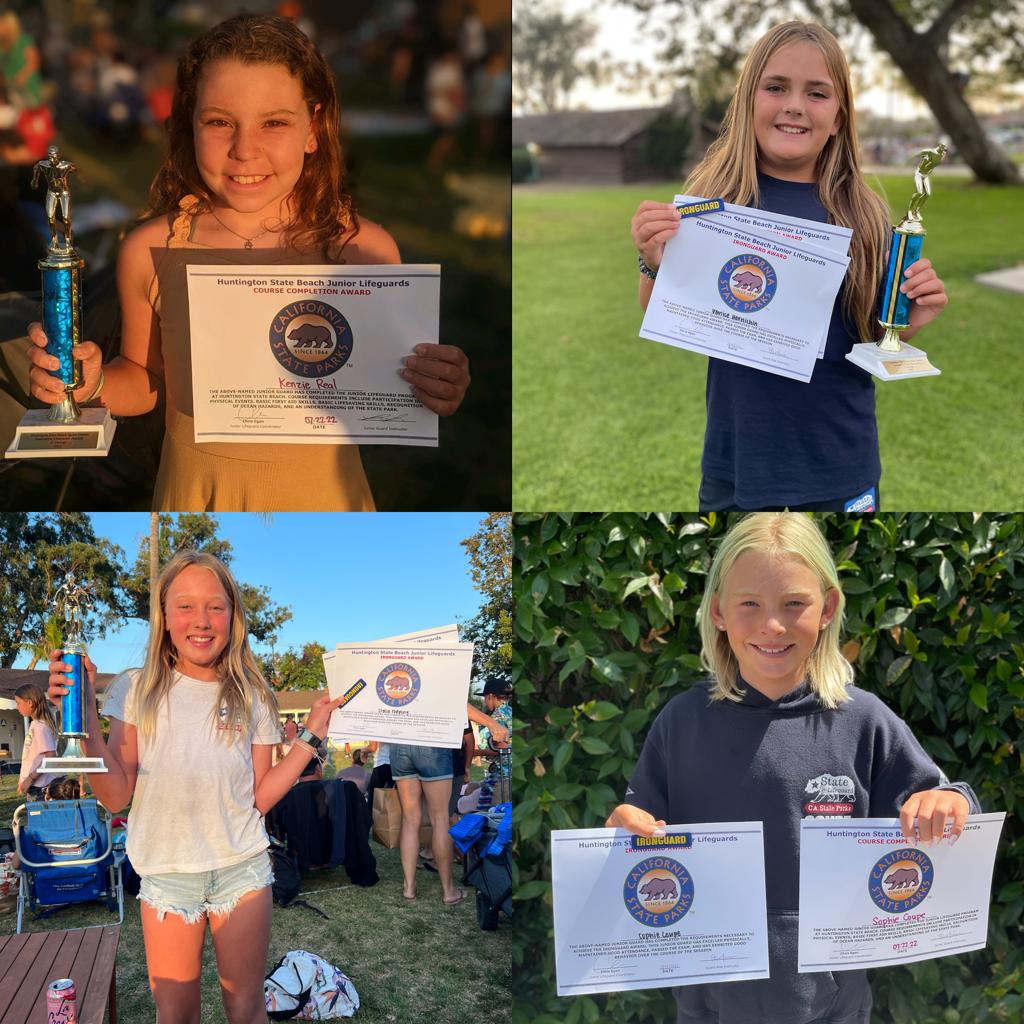